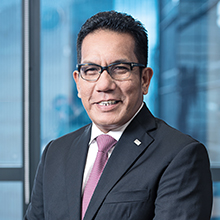 In addition to being an Independent Commissioner of PT Mirae Asset Sekuritas Indonesia, he currently service as Executive Director of the Indonesian Issuers Association.

Completed bachelor's degree in Economics in 1991, and Master Degree in Financial Management, from Cleveland State University (USA) in 1999. 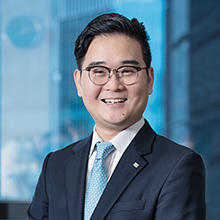 Has 15 years of experience in Banking and Securities industry. Since his assignment at PT Mirae Asset Sekuritas Indonesia in 2014 as Head of Research, the company’s market share has markedly improved from 2.5% (2014) to 4.5%(10/18).

Joined Mirae Asset Daewoo in 2010 as an equity research analyst based in Seoul, covering Korea financials. During his service, he was recognized by multiple global asset managers including Fidelity, Capital Group, and Alliance Bernstein among others.

Prior to Daewoo, he served as the investor relations officer at Woori Finance Holdings, and supported the global business of the Chairman and CEO. His other early assignments at Woori include Middle East Specialist based in Dubai, UAE and sales at branch offices. 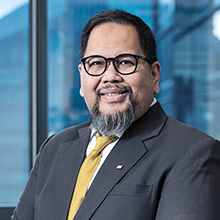 Began his career in the capital market industry since 2000 at PT Adhikarsa Sentra Sekuritas. In 2002, he joined PT eTrading Securities with his last position as Director until the Company has changed its name to PT KDB Daewoo Sekuritas Indonesia and later became PT Mirae Asset Sekuritas Indonesia.

Completed his Bachelor of Engineering degree from the University of Indonesia in 1997 and obtained a Master of Business Administration degree from Edith Cowan University (Perth, Western Australia) in 1999. 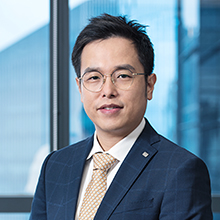 DirectorDAEWOONG AN Korean citizen, born in Seoul on August 28, 1980

Officially serves as Capital Market Director of PT. Mirae Asset Sekuritas Indonesia since June 26, 2020. First joined KDB Daewoo Securities as an Investment Manager in 2007 and has 13 years experience in the Securities field. He has been actively involved in the Indonesian Capital Market industry since 2013 as a Risk Management Manager responsible for managing the company's balance sheet and business efficiency.

Subsequently, he served as Strategic Planning Advisor in 2017 who is responsible for managing the company's management in charge of financial planning activities and coordination of the Mirae Asset Group business plan in Indonesia. In 2019, he officially served as an Investment Banking Advisor responsible for Investment Banking activities such as IPO, Bond Issuance, Private Fund-Raising and in collaboration with Mirae Asset Group in investment promotion activities in Indonesia to global investors.